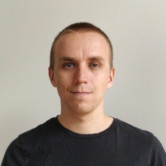 Jeremy Tuloup is a Scientific Software Developer at QuantStack. He holds a master's degree in computer science and engineering from INSA Lyon.

As an open source developer, Jeremy contributes to JupyterLab and has authored several JupyterLab extensions. He also works on voilà.

Prior to joining QuantStack, Jeremy worked at Ubisoft and Wooga on game engine and data tools.